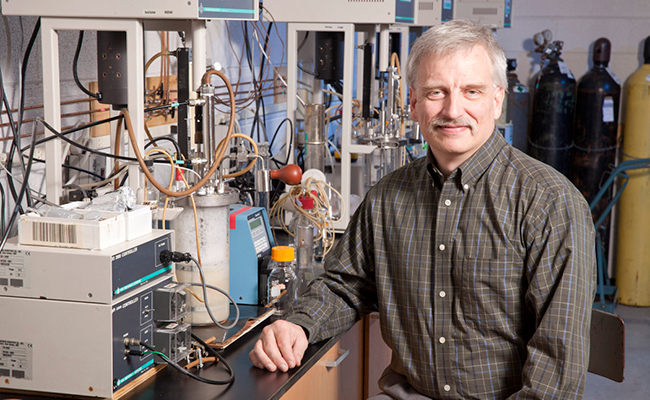 The National Academy of Inventors has named a professor in the University of Georgia College of Engineering to the 2021 class of NAI Senior Members.

Eiteman’s expertise lies in metabolic engineering, bioprocess engineering and fermentation technology. He has been named inventor on 20 invention disclosures and 10 issued U.S. patents, plus dozens of foreign patents. Several of his patents are licensed to multinational companies, and his licensed inventions are associated with the production of over 20 commodity chemicals. Eiteman received the UGA Inventor of the Year award in 2014.

“Being recognized by the National Academy of Inventors for the inventive process is a great honor, and one that would not have been possible without the enthusiasm and dedication of many talented students during my career,” said Eiteman, who has a courtesy appointment in microbiology. “It also would not have been possible without the encouragement of UGA administration and faculty who value a culture of innovation. The honor motivates me to redouble my efforts to support and mentor the future generation of scholars.”

Innovation Gateway has played a key role in the university’s Innovation District initiative to take on challenges from multiple angles, shape discoveries into marketable solutions, provide customizable problem-solving, and educate tomorrow’s creators to be skilled, experienced, and versatile.