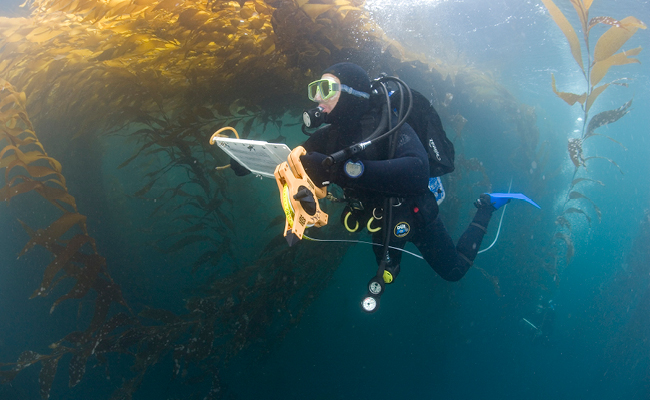 In a sweeping display of the power of community-based science to catalogue the ocean-wide changes caused by warming waters, University of Georgia scientists teamed up with researchers from universities and organizations around the globe to demonstrate northward migration in kelp forests. Their new study was recently published in Global Change Biology.

C. Brock Woodson, an associate professor in the UGA College of Engineering and one of the study's senior authors, described the project as a unique approach to monitoring some of the broad-scale changes happening to ecosystems around the globe.

“Thanks to a standard monitoring program that spans oceans, years, and many collaborative efforts, we could look at an entire system and gain unique insights,” Woodson said. “If we had studied just individual areas, we never would’ve been able to draw the same conclusions about how kelp forests are changing.”

The partners hope that this project can serve as a model to the research world for how to harness the power of cooperation and volunteer-driven data. 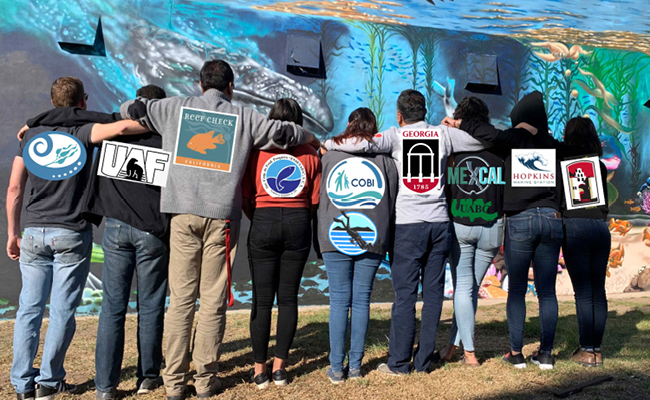 They owe much of their success to PISCO, the Partnership for the Interdisciplinary Studies of Coastal Oceans, the organization that developed the initial monitoring program in California and Oregon in 1999, as well as Reef Check of California, Comunidad y Biodiversidad and MexCal that expanded this monitoring protocols through citizen science programs. By using similar monitoring guidelines across different programs and groups, the project was able to compare their results to develop a picture of what was happening to kelp forests in different regions.

Each region had a different type of volunteer divers collecting the information—from undergraduate students and tourist divers in California, to women from fisher communities called “Las Sirenas del Mar” at Isla Natividad in Mexico.

“The involvement of Las Sirenas del Mar is a relevant example of the power of community-based monitoring, and a small step forward for gender equality in the sea,” said lead author, Dr. Rodrigo Beas, from Universidad de Autonoma de Baja California.

The volunteers across programs used “belt transects,” a method used to measure distance underwater to visually collect data about the numbers of fish, macroinvertebrates, sponges, algae and kelp species that they spotted while diving within the kelp forests.

The changes could wreak ecological and economic havoc on the communities—both marine and human—that depend on the kelp to survive.

“Think about what would happen if you took the trees out of a forest: it’d be a meadow. There might still be life there, but it wouldn’t look anything like the ecosystem that lived in the forest. Kelp are the trees of the oceanic forest,” Woodson explained.

Lead author, Dr. Rodrigo Beas from Universidad de Autónoma de Baja California, also likened the kelp to trees within a forest. “This underwater forest are as complex and productive as a tropical rain forest” Beas stated.

“It’s an incredible world down there. Like being in a forest, except that you’re able to fly up into the canopy to see all the life happening at different levels among the trees. Sometimes it can get very dark and moody. It’s beautiful,” Beas said.

By analyzing the data from each separate group and area as a whole, the researchers were able to clearly see an ocean-wide trend: edges of the distribution are more sensitive and kelp is migrating northward. But the researchers also noticed that as the kelp migrates, only the species that eat it directly appear to migrate with it. This leaves a broken food web behind.

“We documented major, region-wide changes in these productive coastal ecosystems in response to recent heat waves. Impacts are greatest in the northern and southern portions of this region, highlighting the urgency of protecting these vital ecosystems, sustaining livelihoods and ensuring food security for coastal communities,” Micheli said.

“This may not sound like good news,” Beas added, “But there are hopeful elements to this story. We successfully enacted a project that spanned years and oceans with multiple partners, and used it to gain insight into an ocean-wide trend. That is very hopeful. And we hope that others will be able to use our project as a model for how to measure broad-scale change in the world.”

Jorge Torre, the COBI representative, stressed that the collaboration between researchers, communities and civil society organizations is what made this project truly special—and highlighted how collaborative work like this might be the path toward successfully combating negative impacts of climate change in the future.

“This is an excellent example of collaboration between researchers, communities and civil society organizations in USA and Mexico to understand how climate change will impact the kelp forest and therefore fisheries and coastal communities in the next 30 years. This can help us to start making the needed changes so the coastal communities can adapt and maintain the ecosystem resilience,” Torre said.