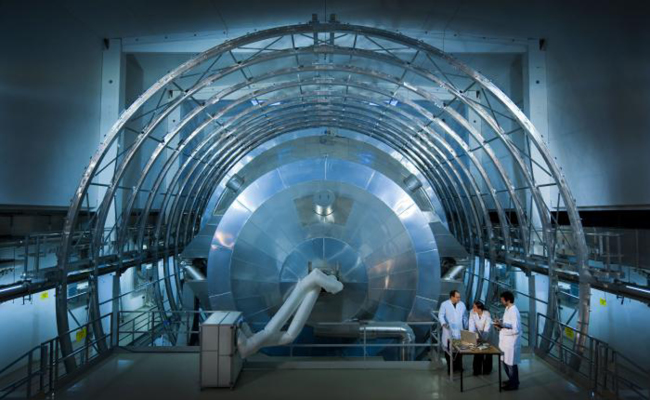 The University of Georgia Dual Degree Program in Engineering and German, one of the university’s signature initiatives combining Humanities and STEM disciplines, has been awarded a new grant from the Atlanta-based The Halle Foundation—named after the late Claus M. Halle, a German native who had a brilliant career with the Coca-Cola company—to support international engagement and recruitment initiatives. The grant of $280,000 will support the program for a period of three years. Upon completion of the first year of programming, the University can apply for an additional $220,000 toward a fourth and fifth year of funding.

UGA began offering a dual degree in German and engineering beginning fall 2015. The program consists of a five-year course of study leading to a Bachelor of Arts in German and a Bachelor of Science in one of the eight engineering fields offered at UGA: mechanical, biological, agricultural, civil, electrical, environmental, biochemical or computer systems.

The program includes a one-year stay abroad in the fourth year, during which students complete a semester of study at one of Germany’s top technical universities, the Karlsruhe Institute of Technology, followed by a semester-long internship with a German company or organization.

The total grant amount covers between 8 and 10 annual grants to individual students in the amount of $10,000 per student for airfare, intensive language instruction in Germany and the semester of study the program includes. Additional funding was provided for recruitment and mentoring activities, and an annual spring lecture/workshop combining STEM and Humanities subjects on the UGA campus.

“The recent grant from The Halle Foundation ensures financial security for the program for the near future and will help our students complete their study and internships abroad, independent of individual financial circumstances,” said Katie Chapman, senior lecturer in the Franklin College of Arts and Sciences department of Germanic and Slavic Studies, who advises students in the program. “We’re very grateful to The Halle Foundation that we can ensure access to this profoundly transformative experience for so many hard-working dual degree students.”

“Beginning in the Academic Year 2021-2022, we expect to send eight students abroad including our deferred students, and to increase our study abroad cohort to ten in subsequent years, through increased awareness of and recruitment to the program,” Chapman said.

“The Halle Foundation has been a valued supporter of our dual-degree program since its inception,” said Thomas Lawrence, Professor of Practice in the College of Engineering, who oversees the program on the Engineering side and was one of its founders. “This support will allow us to increase the number of students supported during their year in Germany, making it easier for students to pursue internships with non-profit research-focused organizations with whom we have relationships in Germany in addition to the opportunities with for-profit companies such as Porsche or Bayer.”

Martin Kagel, associate dean in the Franklin College, noted ways in which it contributes to the diversity of the student experience at UGA and highlighted the leg-up it gives graduates on the job market. “The combination of high-quality engineering education offered at UGA with the cultural literacy provided by the German major offers the qualifications and competence employers seek in UGA graduates.”

The Halle Foundation is an independent, public grant making charity established in 1986 by Claus M. Halle, a German native who lived in the U.S. for nearly half of his adult life. He came to know, understand and love the two countries that had been home to him for so long, and had “witnessed and concluded that there exists a lack of knowledge and understanding in the United States and in Germany of the respective other country’s people, society, geography, culture, sports, political and legal systems, as well as habits and customs.” Claus Halle “observed and concluded that greater knowledge and better understanding in the aforementioned fields will lead to increased friendship between the two peoples and improved relations between the two nations, thereby helping the cause of world peace.”